Great Apostasy: Bergoglio authorizes in Brazil the construction of a false church for indigenous people financed with our money

Prophecy of Our Lady of La Salette: There will be churches built to serve these (evil) spirits. 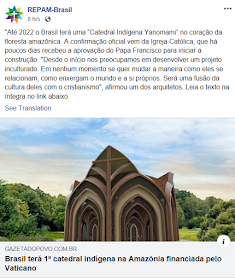 Gazetadopovo.com.br: "From the beginning we are concerned about developing an inculturated project. At no time do we want to change the way they relate, how they see the world and themselves. It will be a fusion of their culture with Christianity,"  said one of the architects"

In his spiritual adultery Bergoglio builds his concubines’  temples so that they can worship the demons there. 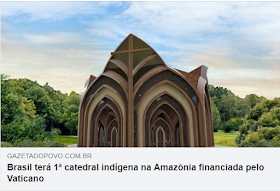 Meanwhile a church that was a Cathedral struggles to get out of the ruin.

“I have never in my life baptized an indigenous [person], and I also do not have the intention of ever doing so.”  Apostate Erwin Kräutler 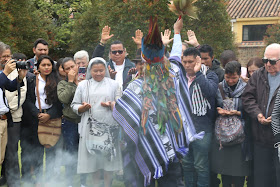 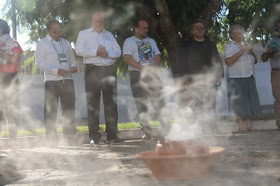 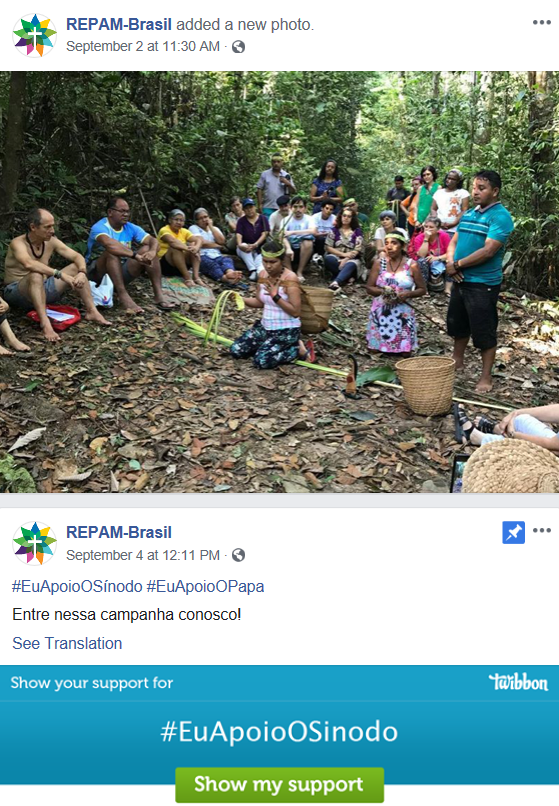 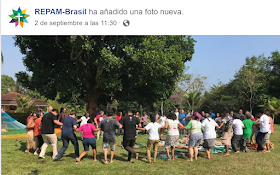 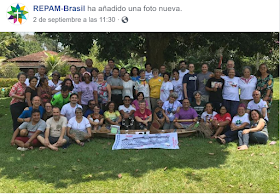 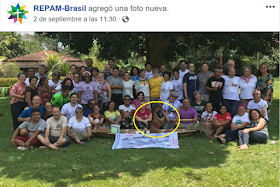 The pride of this faith exalts your name and makes sacred many pages of your history; this faith elevated over the vestiges of the pre-Colombian civilization, and over the savage solitudes, and even beyond the steep peaks of your mountains, the missionary spirit which, regenerating them in union with Rome, transformed those idolatrous peoples into devout children of the Spouse of Christ. (Pius XII. Radio Message for the 2nd National Eucharist Congress of Peru, January 27, 1940)

With the discovery of the New World, Christ’s priests were the tireless companions of the men who founded colonies in those far distant lands. It was these priests who made sure that these colonists would not desert Christian ways nor become proud because of the riches acquired in the new lands. These priests also wished to move forward suitably and readily as missionaries to teach the Gospel to the natives, who previously were entirely ignorant of the Divine Light. And they zealously proclaimed that the natives were to be treated as brothers by the colonists. (Pius XII. Apostolic constitution Exsul familia Nazarethana, August 1, 1952)
Zeal for missionary activity and the Catholic spirit are one and the same. A principal note of the Church is catholicity; consequently, a man is no true member of the Church unless he is likewise a true member of the entire body of Christian believers and is filled with an ardent desire to see her take root and flourish in every land (Discorsi e radiomessaggi, 8, 328). (Pius XII. Encyclical Fidei Donum, no. 44, April 21, 1957)
Equally noble were the vigorous ardent labors of bishops and priests who sought to bring to newcomers the blessings of the true Faith and to introduce them into the social customs of these new countries. They also facilitated the assimilation of the uncultured invaders whom they introduced both to the Christian religion and to a new culture. (Pius XII. Apostolic constitution Exsul familia Nazarethana, August 1, 1952)

We also desire that you be attentive, as much as you are able, to redirect this people, and above all those who with the help of the Lord were received into the Christian faith, from the habits of a savage life to more pacific customs and civilized ways of life, as well as persuading them that by abandoning that inept nudity of the body, which they claim to be accustomed to, they assume clothes appropriate to Christian modesty and civilized customs. (Pius V. Letter Etsi fratenitas tuam to the Bishop of Salvador – Brazil)

By the propagation of religion, your kingdom shall also be consolidated and augmented – and will be rewarded in this life and the next

Because the motive through which that part of the world was granted since the beginning to your ancestors, was so that those who had not yet received the faith in Christ, in virtue of the laudable government of those who should direct them as also due to the good examples of those who should bring them to the Christian doctrine, feeling that the yolk of Christ is easy and light and not being oppressed by those who should care for them and nourish them, as though they were tender plants in the vineyard of the Lord, and even inflame and augment in them love for the Christian religion. Your Majesty may be certain that, by the propagation of religion, your kingdom shall, in these regions, through divine goodness and favor, also be consolidated and augmented, and will prepare for itself, through the merits obtained together with those peoples and before religion, a reward not only in this life as also in the other. (Pius V. Letter Cum oporteat nos to King Phillip II, August 17, 1568) 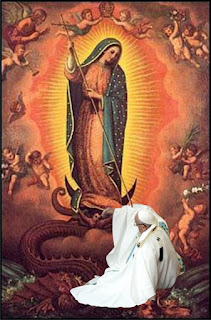