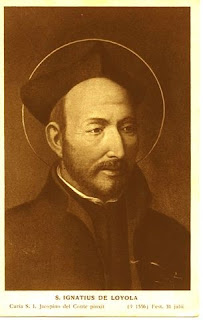 St. Ignatius Loyola was the founder of the Society of Jesus:
The purpose of ‘The Company of Jesus’ was to fight against heresy and vice, apathy and decadence, under the standard of Christ.

Fr. Charles P. Connor Wrote in his book: | The Counter-Reformation: Ignatius and the Jesuits |

Defenders of the faith have been raised up in every era of the Church to proclaim fidelity to the truth by their words and deeds. Some have fought heresy and overcome confusion like Athanasius against the Arians and Ignatius Loyola in response to the Protestant reformers. Others have shed their blood for the faith, like the early Christian martyrs of Rome, or Thomas More, John Fisher and Edmund Campion in Reformation England. (An Excerpt from  Defenders of the Faith in Word and Deed)

Men who join the Jesuits, the Roman Catholic Church’s largest religious order, take vows of poverty, chastity and obedience, and promise never to take any high office in the church.

The Jesuits are distinguished by their vow to obey the pope and to serve where he commands. The Rev. Antonio Spadaro, editor of La Civiltà Cattolica, a Jesuit journal in Rome, said in an interview that before the papal conclave, journalists were asking him whether Cardinal Bergoglio could be pope.
“And I said, ‘Not at all, because he’s a Jesuit,’ ” Father Spadaro said in an interview in his office on Friday. “We are used to serving a pope, not to be a pope.”
The Rev. Federico Lombardi, a Jesuit who serves as the Vatican spokesman, said that when he saw Cardinal Bergoglio emerge on the balcony of St. Peter’s Basilica as the new pope, “I was dumbfounded.”

Bergoglio action shows he  violated and disobeyed the oath of the Jesuits. 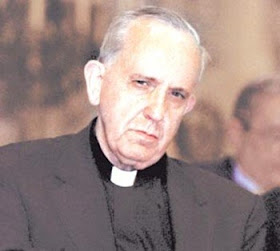 And also back in 2008, a  group of Argentinean Jesuit dissidents   including Bergoglio  elected a "Black Pope" progressive -Adolfo Nicolás, and rebelled against Pope Benedict and the Magisterium of the Church.

The Argentinean Newspaper Clarín reported: The Jesuits have a special vow of obedience wanted by St. Ignatius to "obey as corpses" to the will of the Pope. But Benedict distrusts them and  ten days ago sent them a letter telling them that the order must confirm their own obedience to the Church.

The areas in which the pontiff shows his greatest fears and calls rigid obedience refer to “the relationship between Christ and religions, some aspects of liberation theology and various points of sexual morality, especially as regards the indissolubility of marriage and the pastoral care of homosexual persons.” Apparently the universities, colleges and Jesuit environments in the world are not in tune with the traditionalist Orthodoxy of the Vatican and Pope Ratzinger, especially on these issues. 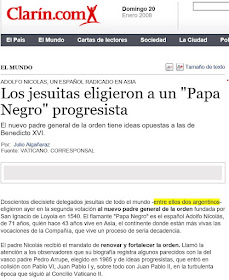 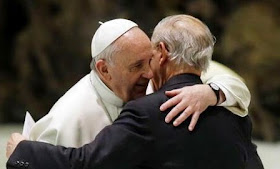 Father Malachi Martin in his book: "The Jesuits and the Betrayal of the Roman Catholic Church" explains how, in 1963, the Jesuits became fanatical left-wing communists, led by Pedro Arrupe, Marxist and a great supporter of Fidel Castro. 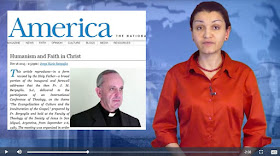 America Magazine published a 1985 address of former Father Bergoglio praising the former Jesuit Superior General Pedro Arrupe who led his order into an irreversible decline. Bergoglio recounts that Arrupe, as a young missionary in Japan, attended the preaching of Buddhist monks in order to discover – quote – “the logic inherent in the thought of the people” in order to employ that logic in his own evangelical preaching. Gloria.tv wants to point out that this method was the beginning of the end of what used to be the missionary activity of the Jesuits. 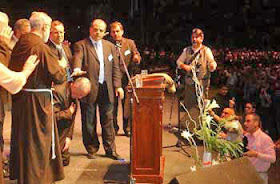 Speaking in an interview Bergoglio said  about his work with Protestants in Argentina:


«So you see the word “sects” is disappearing.  I stopped using this word for justice and to not inflict any injustice.  Evangelical brothers who are doing good work.» (Speaking in a lengthy television interview with the Mexican program Noticieros Televisa. Responding some question from journalist Valentina Alazraki ) 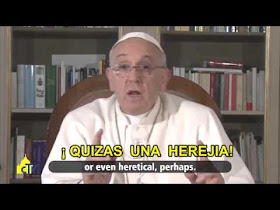 Whoever calls the heretics Evangelicals should pay some kind of fee, so that the Devil may not rejoice at having the enemies of the Gospel and the Cross of Christ being given a name contrary to their works.

Heretics should be called by that name in order to raise horror of those who are such and cover their deadly venom with the veil of a name of salvation.

St. Ignatius of Loyola: Priests who incline to Protestantism should be deprived-better that the flock have no pastor than have a wolf for a shepherd. 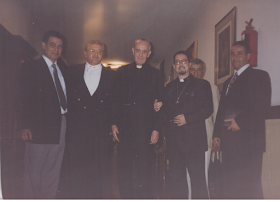 On January 3, 1521, the heretic German priest Martin Luther was excommunicated from the Catholic Church. Luther was condemned as a heretic by Pope Leo X.

Furthermore Francis says he agrees with the heretic Martin Luther about justification. “Then he was intelligent and took some steps forward justifying, and because he did this. And today Lutherans and Catholics, Protestants, all of us agree on the doctrine of justification. On this point, which is very important, he did not err. He made a medicine for the Church…”

Let us conclude with this teaching from St. Ignatius of Loyola: “Truth always shines with the brightness which belongs to it, while falsehood is wrapped in darkness; to dispel this darkness it is enough to put falsehood in the presence of truth.”