Tradition of the Church called St. Mary Magdalene  "apostola apostolorum" because the word apostle means messenger, but Bergoglio wickedly twisted the meaning of the word in an attempt to equate Mary Magdalene to the 12 apostles.

The messengers of the apostles: In the Scripture we see that God sends 3 groups to announce the Resurrection to the Apostles.
Mary Magdalene was not the first one but the first were the women who were there early to visit the tomb of Jesus which they found to be empty.

Mark 16: 7
But go, tell his disciples and Peter that he is going ahead of you to Galilee; there you will see him, just as he told you.” 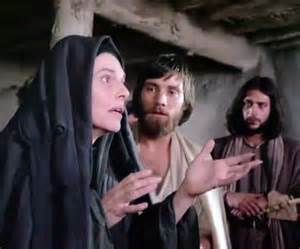 9 [[Now after he rose early on the first day of the week, he appeared first to Mary Magdalene, from whom he had cast out seven demons. 10 She went out and told those who had been with him, while they were mourning and weeping. 11 But when they heard that he was alive and had been seen by her, they would not believe it.
Jesus Appears to Two Disciples

12 After this he appeared in another form to two of them, as they were walking into the country. 13 And they went back and told the rest, but they did not believe them.

speaking of this as he does in all his letters. There are some things in them hard to understand, which the ignorant and unstable twist to their own destruction, as they do the other scriptures. 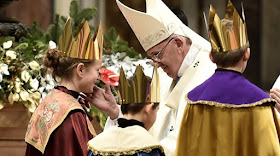