Saint Vincent of Lerins claimed: "Any novelty in the faith is an unmistakable sign of heresy."

en.news During a May 20 visit at the Roman headquarters of Scholas Occurrentes, an organisation promoting gender and homosex ideology, Francis addressed via livestream other Scholas Occurentes centres around the globe. The first ladies of Argentina, Brazil and Chile were connected to the event.

In Australia, a woman, who for the occasion dressed as a native, thanked Francis for “embracing Mother Earth.”
Professors and students at the Australian Catholic University performed a “symbolic gesture” by mixing soils of different Australian regions into a bowl. In Rome, some masked students repeated an earth bowl ritual in front of Francis (article's picture).
When the meeting approached the two-hour mark, Francis whispered, “We have to hurry up a bit.”

Father Herman B. Kramer (1884-1976)  "The False Prophet may institute secret rites, through which the followers of Antichrist will be advanced by degrees into the deeper mysticism of his cult. A sort of diabolical sacramental system would thus be instituted conferring the graces of Satan and consecrating people to the service of the Beast." page 325 The Book Of Destiny

Timothy, guard what has been entrusted to you. Avoid the profane chatter and contradictions of what is falsely called knowledge; by professing it some have missed the mark as regards the faith. 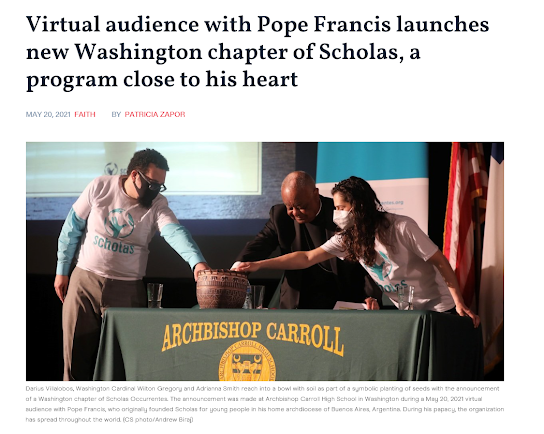 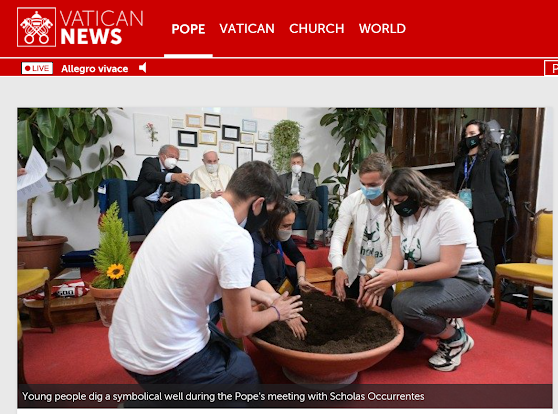 Vatican News:
Digging a well: a symbol of rebirth
All those present at the meeting then symbolically dug a well in a vase of earth, placed in the classroom.
This act was meant as a symbol of rebirth, of restarting and also of "risk". This is so, said Pope Francis before imparting his blessing, even taking risks is important: "Scholas cannot be understood without this attitude of risk." 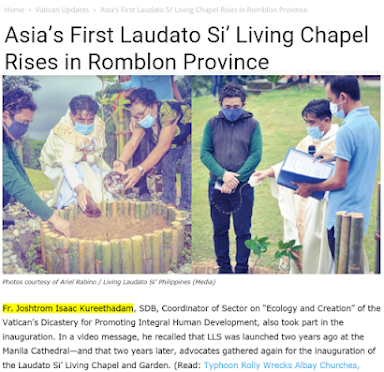 "He now is the pope and he can do whatever he wants. Many will be surprised with what Francis will do. In order to do this, a rupture with traditions will be needed, to leave behind the corrupt Vatican curia to give way to a universal church" 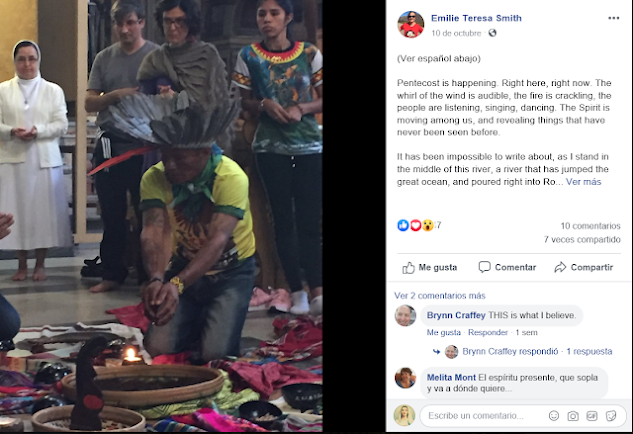